Blue City is a new development at the coast of the Arabic Gulf 80km north from Muscat, the capital of the Sultanate of Oman. The new city will be developed from zero at a deserted coastal area currently covered by sand dynes. On line with the modern spatial design trends, the city is divided in a number of separate “villages – communities” each of them featuring particular architectural characteristics and dwelling types. Trafficwise, each village is a separate entity with its own internal road network for the facilitation of circulation and access and has specified connection points with the main city arterial network by the means of organized at grade intersections.

DROMOS Consulting was appointed the functional and geometric design of the internal traffic and access system and hydraulic design and the general civil design for four of the new city villages with a cumulative area of approx. 400.000 m2 and estimated population of 12.000.

The project implementation started at 2008 to be suspended 3 years later due to the impact of the global financial crisis. By the time of the suspension of works general landscaping and part of the civil infrastructure was materialized. Out of the original plan two villages with a total area of approximately 20 acres and a coastal resort of approximately 10 acres have been constructed today.

The coastal hotel – resort unit was developed to final construction and is currently under operation. 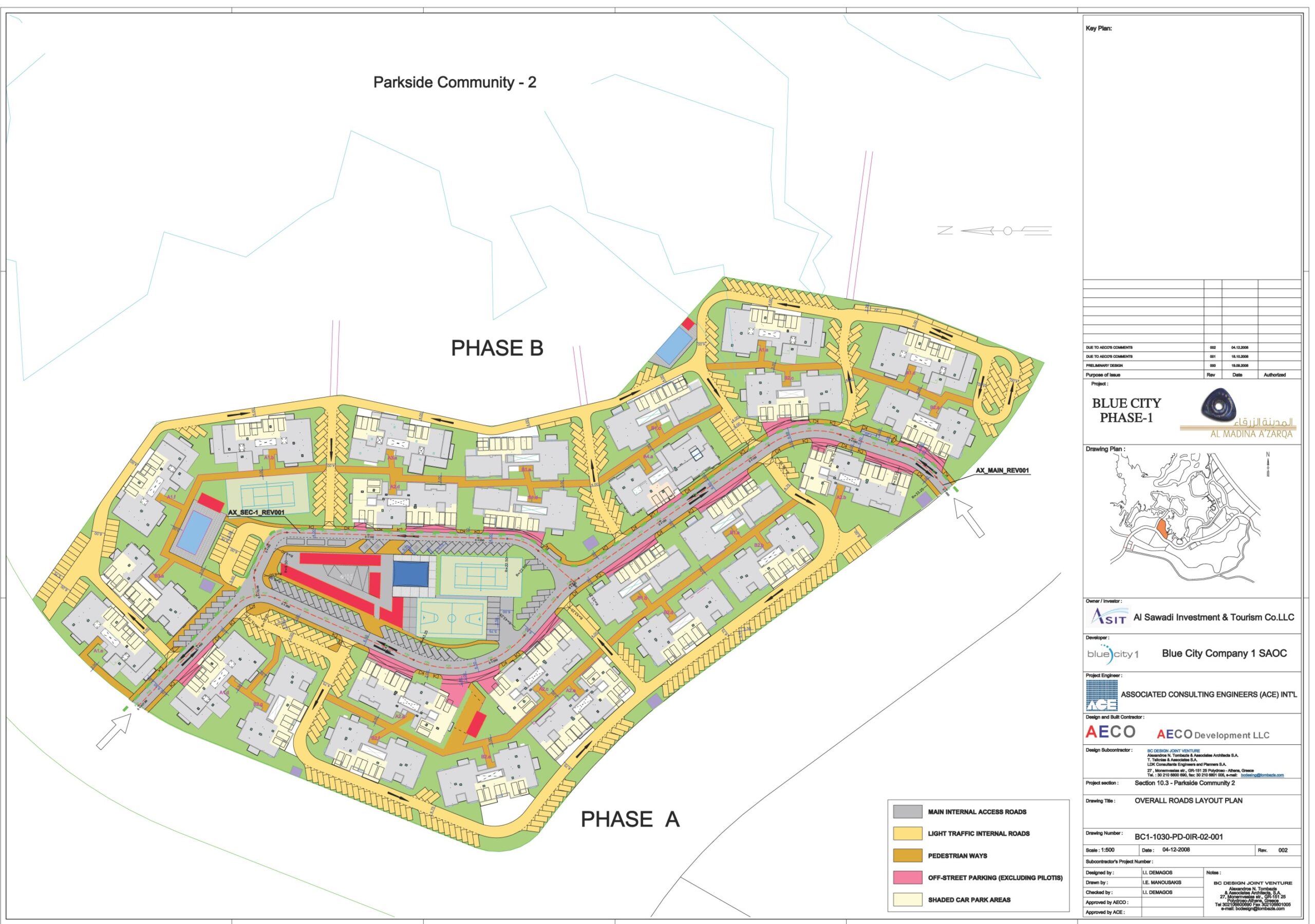 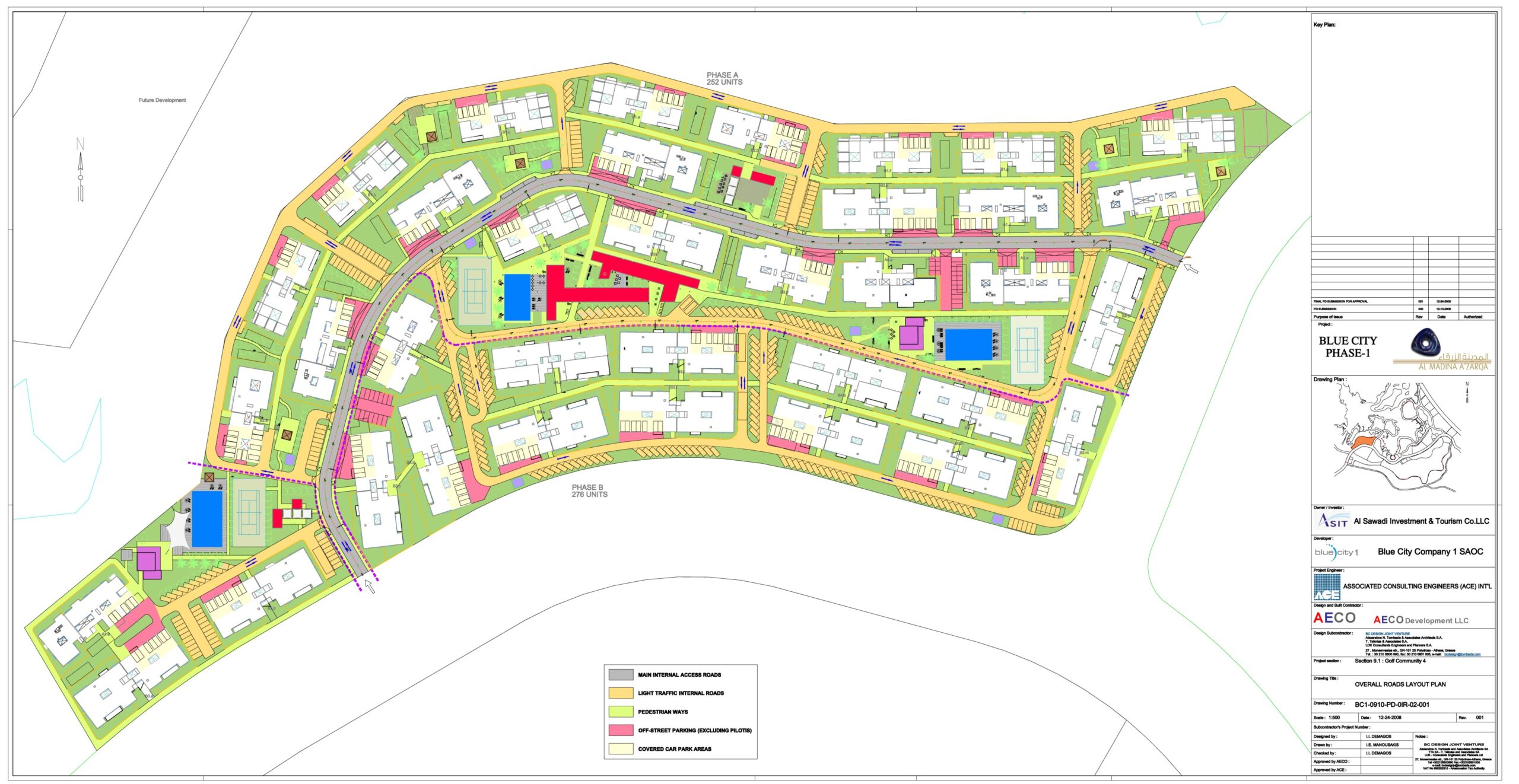 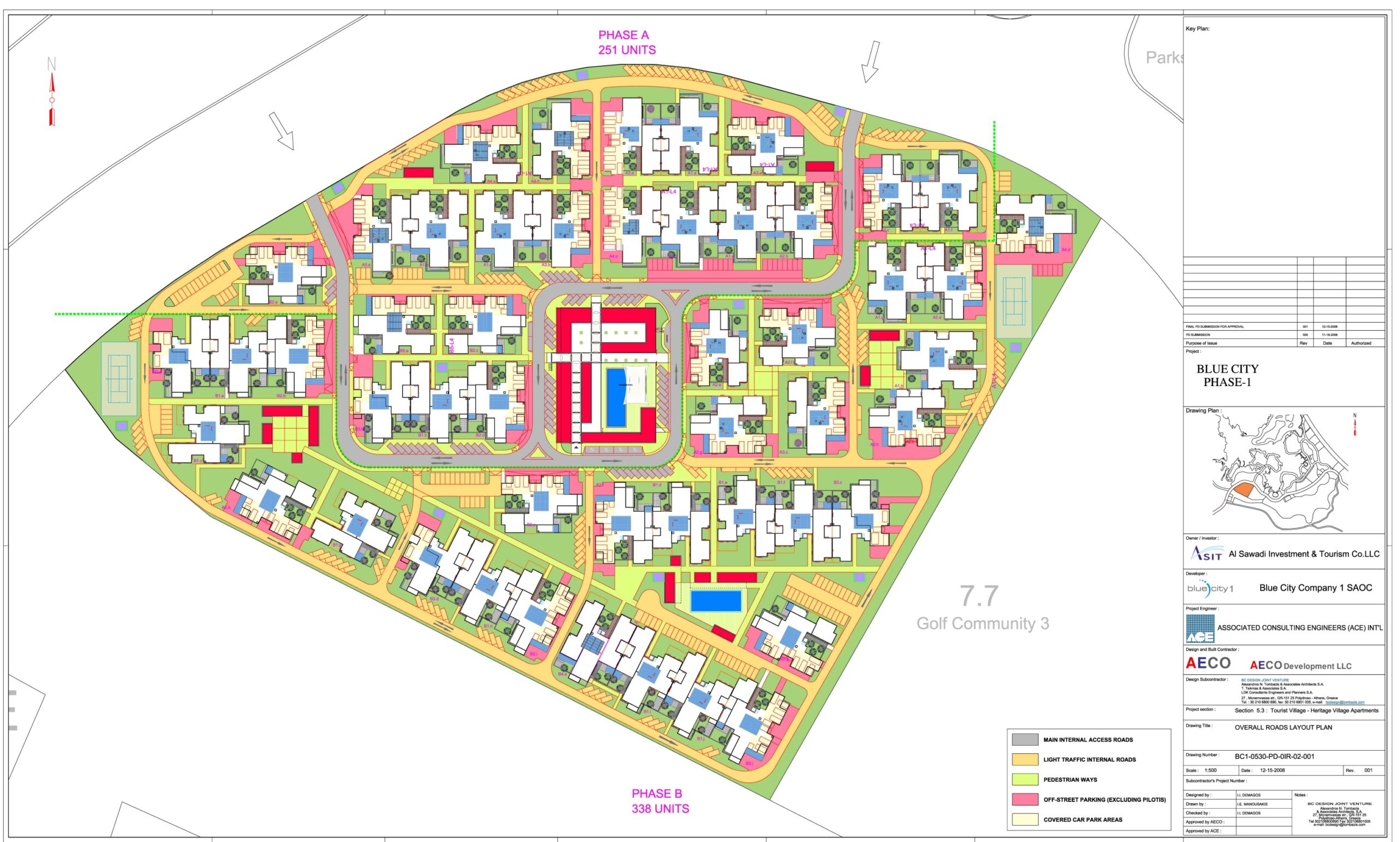