Acharnes Intermodal Transportation Centre (SKA) is the key railway interchange of the Hellenic railways infrastructure at the crossing between two basic corridors. The dominant corridor in terms of both passenger volumes and freight is the one running along the north – south direction, connecting the town of Athens with the town of Salonika. Post Salonika this corridor branches eastbound towards Thrace and the eastern Balkans and northbound towards Central Balkans and Central Europe thereafter. This northern corridor also accommodates the northern Athens suburban railway. The second corridor runs along the east – west direction. The western branch connects the Peloponnesus peninsula, the central freight and maintenance depot at “Thriasio” and accommodates the western Attica suburban routes. The eastern branch operates the eastern Attica suburban rail, interfacing with two metropolitan lines and with the new Athens International Airport and is planned to be extended towards the eastern passenger ports of “Lavrio” and “Rafina”.

SKA is both a major railway interchange and the ideal interface between intercity and suburban routes of both corridors.

The interchange lays in the immediate vicinity of the Athens external peripheral motorway, which also allows its connection with the Patras – Athens – Salonika motorway, the spine of the Hellenic road network. The geographical position of the centre along with its accessibility through the principal Attica freeway network allow for a catchment area corresponding to approx. 40% of the metropolitan population, the rest 60% corresponding to Athens Central Station and the Piraeus Port Terminal Station.

The facility is developed in an area totalling 60.000m2 of floor area, on five levels and incorporates a total 50.5km of single line. The railway interchange develops in three levels, along with corresponding station facilities (platforms, overtaking lines, concourse, park and ride etc). The upper levels accommodate supporting and synergistic activities like offices, hypermarket, hotel and conference centre. 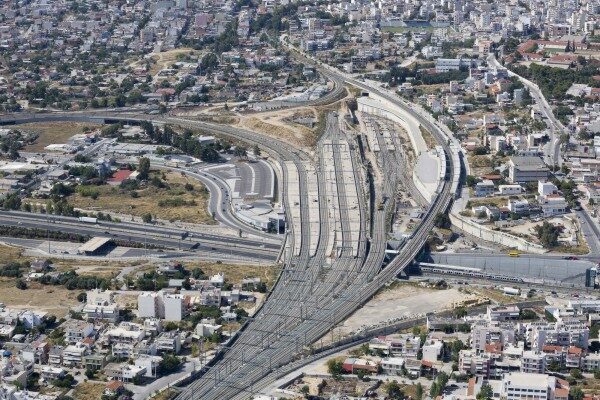 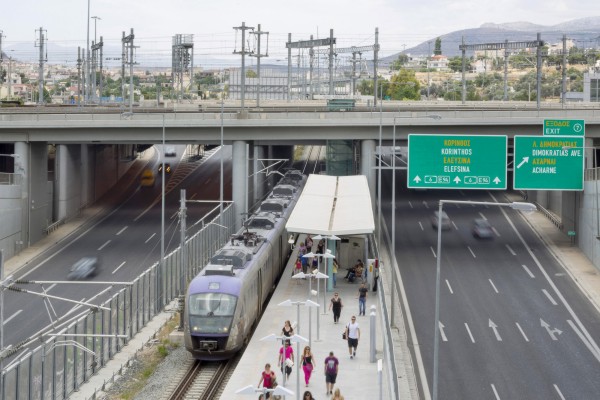