The existing 120 km long road between Korinthos and Patras cities, along the northern coast of the Peloponnese peninsula, was constructed in the early ‘60 as an access controlled single carriageway, comprising one standard lane and one emergency lane per direction in a cross section of 12.5 m. total width, with no median separation.  Access was controlled by the means of 12 interchanges corresponding to the major conurbations along the route and the intersections with the basic prefectural road corridors.

Following extensive investigation and study of alternative solutions, it was decided that the existing road will be rehabilitated and upgraded to motorway standards, along with the necessary improvements of alignment and profile in order to meet the geometric standards for 120 km/h design speed.  The final project will comprise 20.6 km of tunnels and 5.2 km of bridges and viaducts (single branch).

Technical consultant to the Ministry of Physical Planning, Environment and Public Works of the Hellenic Government for the preparation and launching of the second stage of the tender of the Motorway Concession Program for the construction and operation of the Korinthos – Patras – Pyrgos – Kalo Nero – Tsakona motorway, section Korinthos to Patras.

Dromos was the leader of the consulting consortium that assisted the Client in identifying and assessing alternative solutions for the project and preparing the technical dossier of the tender documents.

Apart from the basic solution of the widening and geometric improvement of the existing road, a number of alternative alignment solutions were investigated under alternative corridor development policies, as follows:

The alternative solutions promoted in the process of the evaluation (five solutions with a cumulative length of 420 km) were developed to the level of full geometric and functional design along with parallel road network, reinstated local traverse network, preliminary hydraulic design and preliminary interchanges design (a total of 34 locations).

An extensive survey and traffic counts network was carried out in the context of the traffic and financial / socioeconomic feasibility study. Surveys included origin destination for passengers and goods along with stated preference survey in order to estimate demand elasticity against anticipated toll rates. A conventional four stages transport model was developed on a nation wide scale on the basis of the counts and surveys as well as existing data from previous applications on the same scale. Future traffic volumes were forecasted under alternative scenarios of pricing for the two competitive corridors, motorway and railway. Both financial and socio-economic feasibility studies were elaborated, in order to assess the benefits of the new project to the community as well as the inclusion of the project in national motorway concession program of Greece.

Following the finalization of the solution for the motorway, the geometric design of the selected alternative was elaborated at a 1:2.000 scale upon up-to-date ortho-photomaps and photogrammetric diagrams prepared at a scale of 1:1.000, along with detailed Bills of Quantities (earth works, pavement, structures, hydraulics, etc.) prior to the project being tendered for concession. In addition, a total of 36 km were elaborated to the level of the 1:1000 scale. The sections elaborated at the 1:1000 scale are the ones that present the major difficulties in terms of structures, geological instabilities and construction staging in view of the accommodation of the existing traffic, in parallel to the construction works. 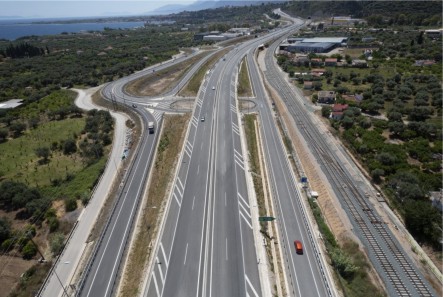 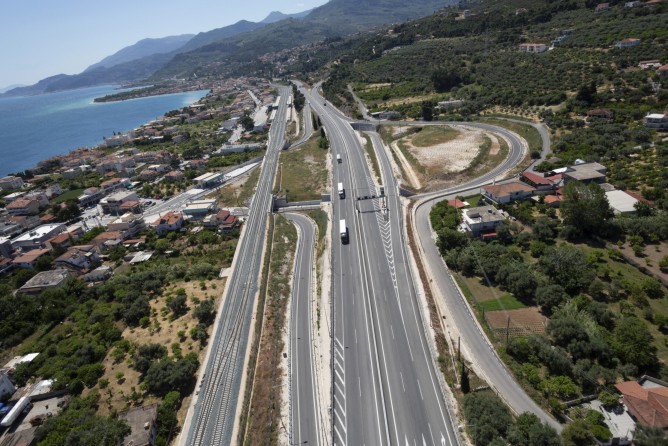 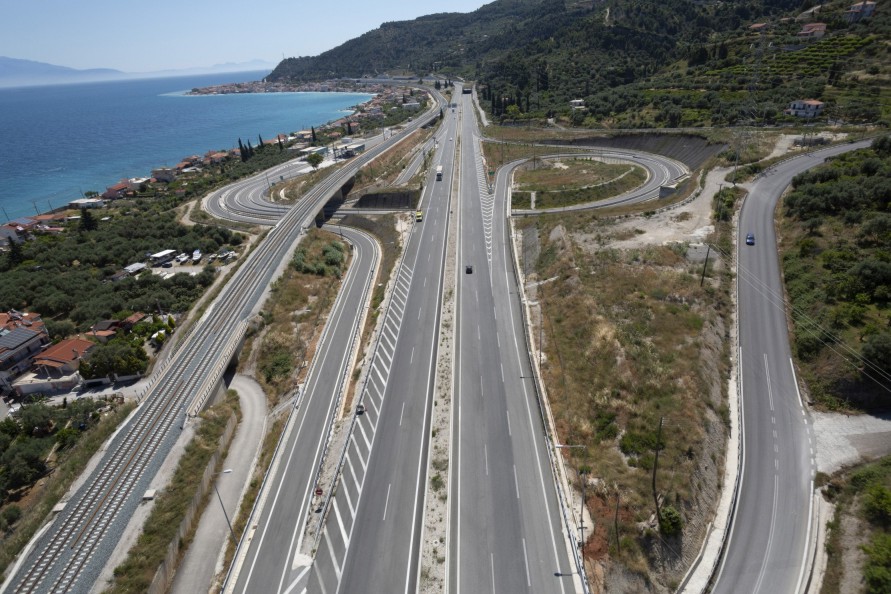 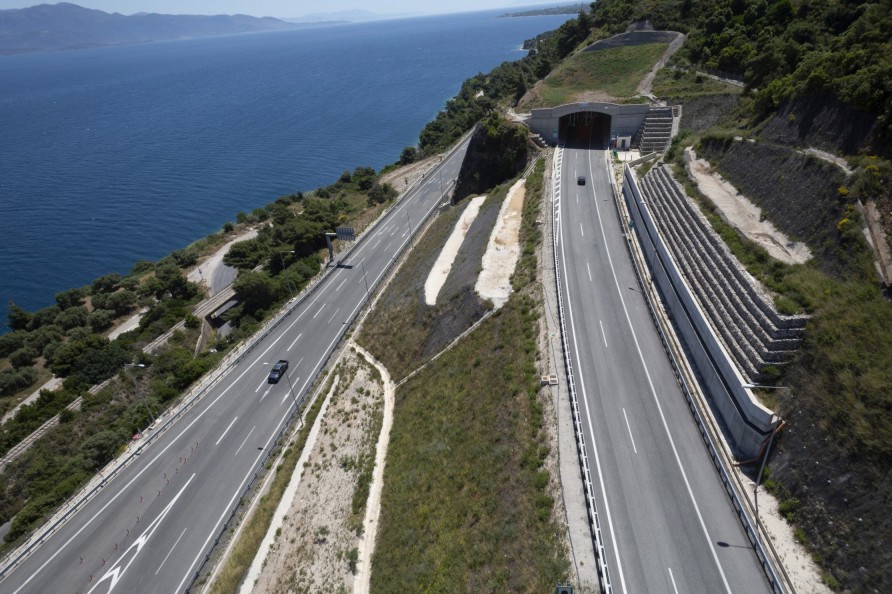