The commercial center under study involved an area of 60.000 m2 and underground parking spaces with a capacity of 2300 vehicles. The traffic impact analysis incorporated the traffic generated by the development of a soccer stadium, a basketball hall and a multifunctional center in an area of 15 Ha at Votanikos Region. 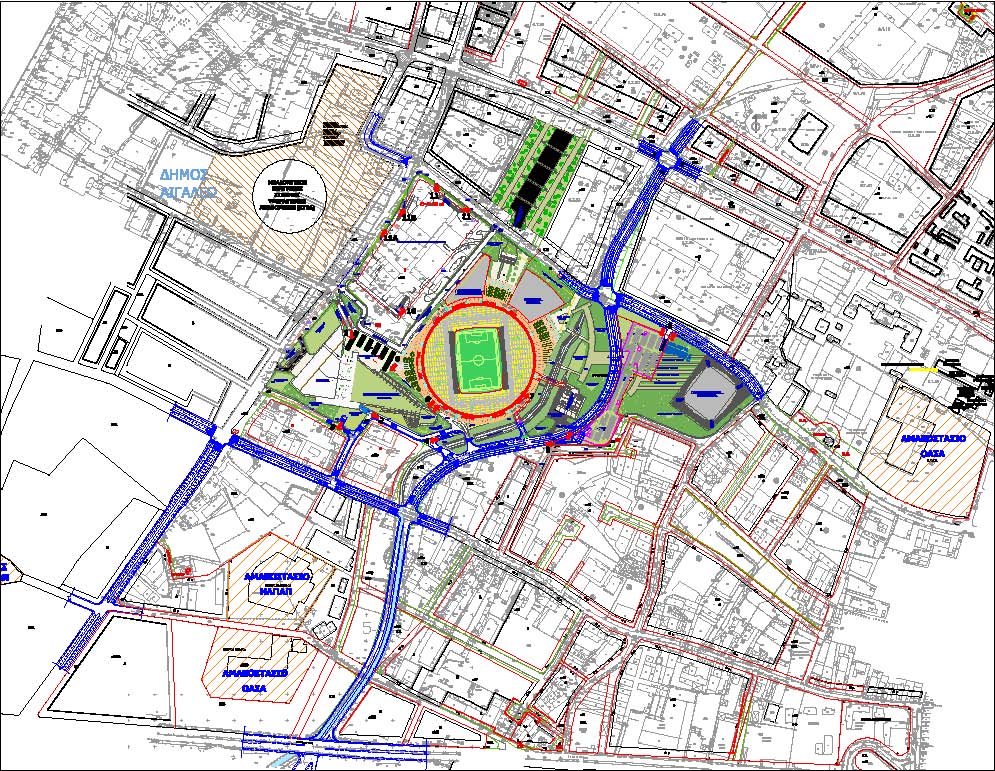