Part of one of the major Hellenic industrial groups, ELVAL industry has the largest domestic factory for aluminum foil drawing. The project refers to the specific factory at “Inofita”, some 70km north from Athens, in homonym industrial area.

Starting in the late 90’s, the factory has been developed in successive expanding stages along with the growth of demand, nevertheless without a central master plan. The lack of a master plan became sound at the current latest major expansion stage, involving the doubling of the aprons, the extension of the buildings and the connection with the national railway network.

At this it was realized that further expansion of the site was limited by:

DROMOS Consulting was assigned to:

Upon an updated topographical diagram of the site a general master plan was developed incorporating the existing facilities and operational requirements with the expansion stages, current and future.

A complete hydrological study was elaborated for the whole drainage basin affecting the site. Storm water drainage was reinstated by the means of collecting basins dimensioned upon accumulation with parallel discharge by the means of small diameter, pressurized pipes, aligned through neighboring estates by the means of easements, towards the final receivers.

The aprons and accordingly the internal circulation system were expanded and modified according to the new drainage system. An additional gate of the premises with all auxiliary features was introduced in direct connection with the public road network.

The existing design for the connection with the national railway network was modified and adapted to the modified master plan and landscape, as well as the internal to the site rail terminal and freight station. 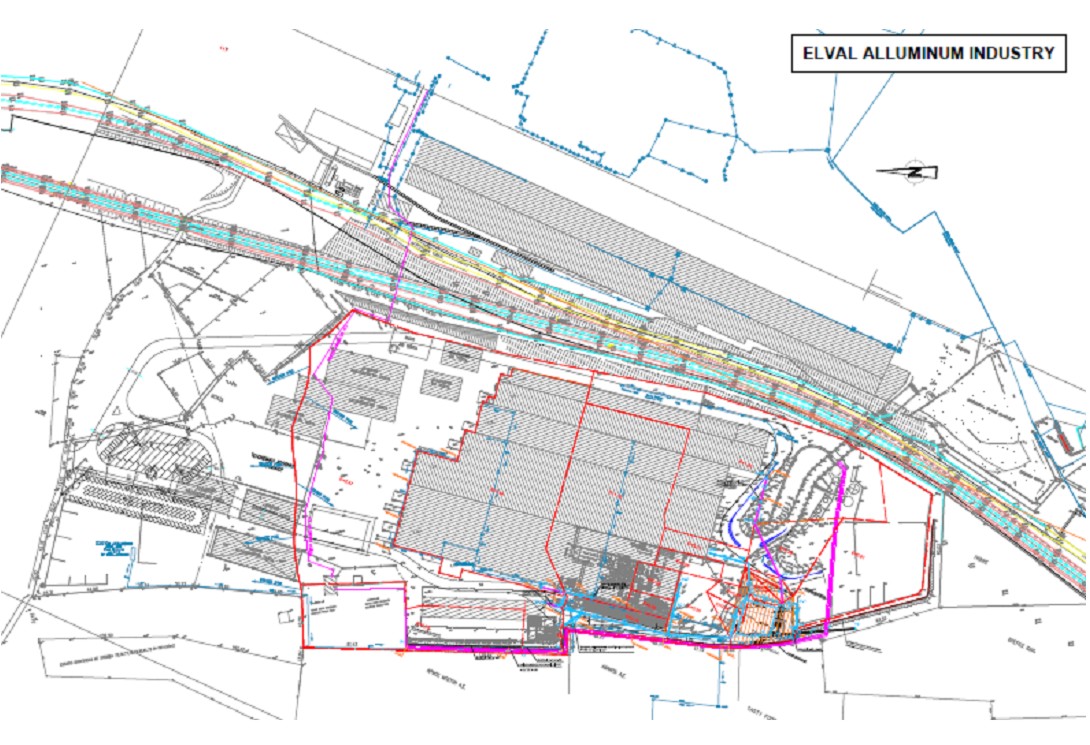