The project was carried out as a Concession Contract and included the final design and construction of the 70 km long Athens External Orbital Motorway from Elefsis to Athens New International Airport along with Imittos Mountain Western Peripheral Motorway. The concessionaire (Attiki Odos J.V.) awarded Dromos Consulting the final design for geographical sections A7, A8, A10, A11, A12, A13 of the External Orbital Motorway, sections A18, A19, A20 of Imittos Western Peripheral Motorway and “Plakentia” Interchange along with “Pendelis” Motorway connection.

Sections A7, A8, A10, A11, A12, A13 comprise the motorway corridor and the eastern branch of the new Attica Region Suburban Railway Network, running along the motorway median. The detailed engineering design included both motorway and railway facilities. Section A7 is integrated within the Acharnes Modal Interchange Centre i.e. the Northern Athens Railway Station, post of which the trunk railway corridor from Piraeus Port and Athens Central Area splits to three branches i.e. the western line to Peloponnese, the northern line to Thessaloniki and the eastern suburban line along the Orbital Motorway Median.

Included in the design are 8 interchanges and 10 toll plazas, as well as the frontage roads system and the urban street network intersecting the motorway. Also included is the detailed engineering design of 11km of double track suburban railway corridor, including three railway interchanges, developed in the median of the motorway, as well as the design of four suburban rail stations, one metropolitan railway station and two major mode interchange facilities at Menidi and Stavros districts.

Preliminary design of bridges, tunnels and structures has also been carried out along the multimode corridor and the Immitos peripheral sections (A18, A19, A20). 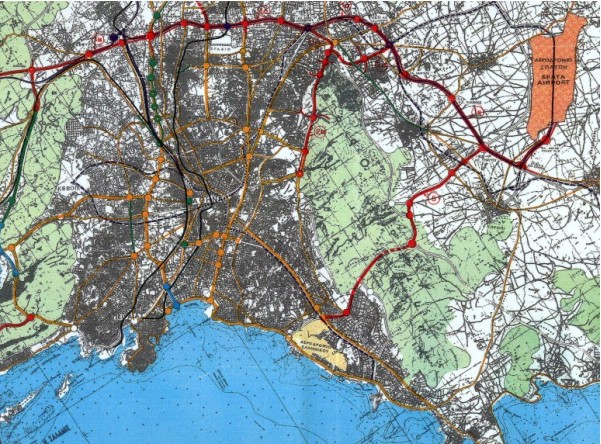 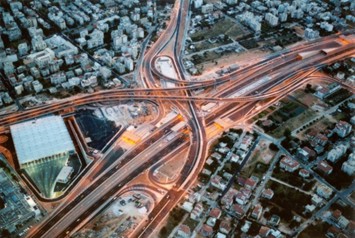 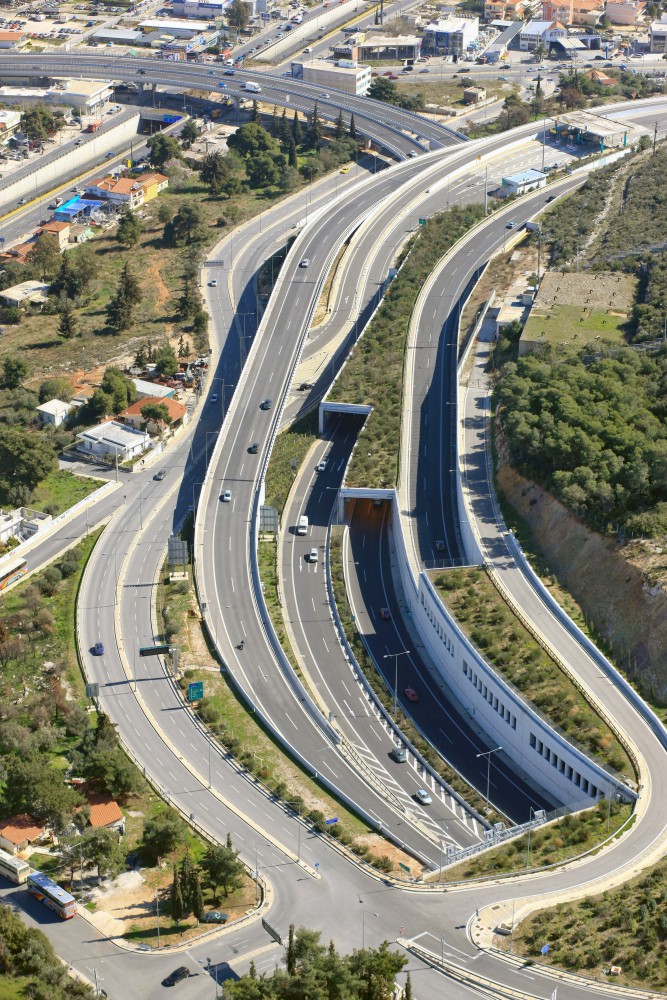 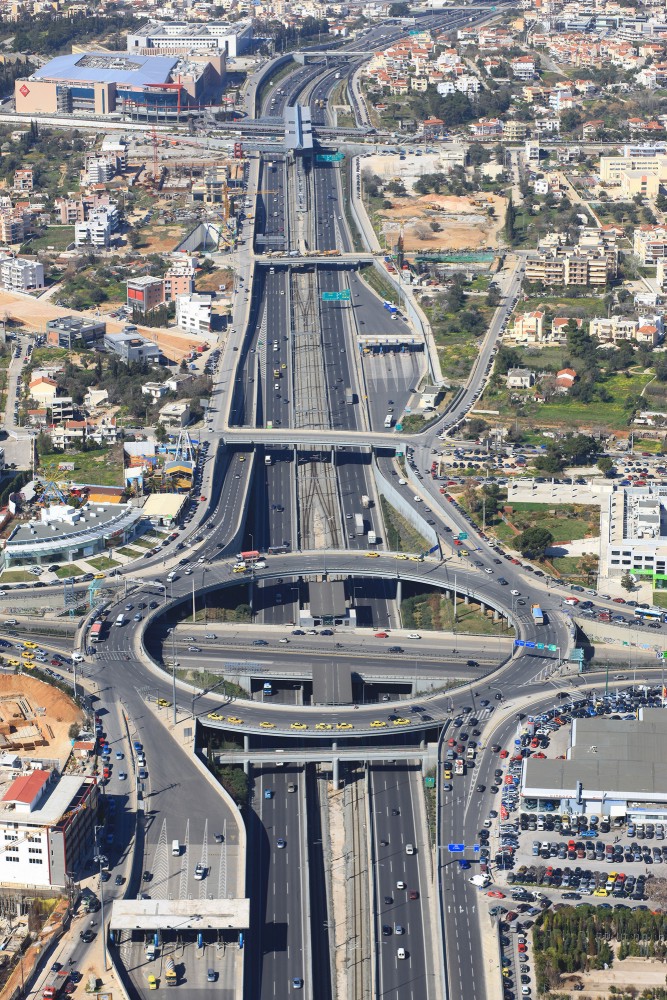 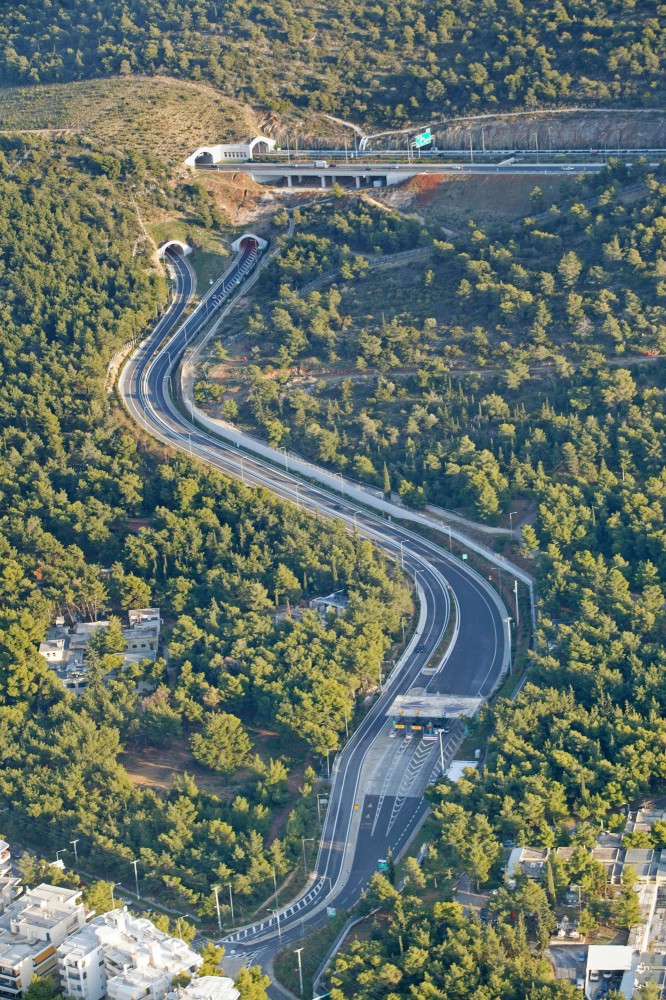 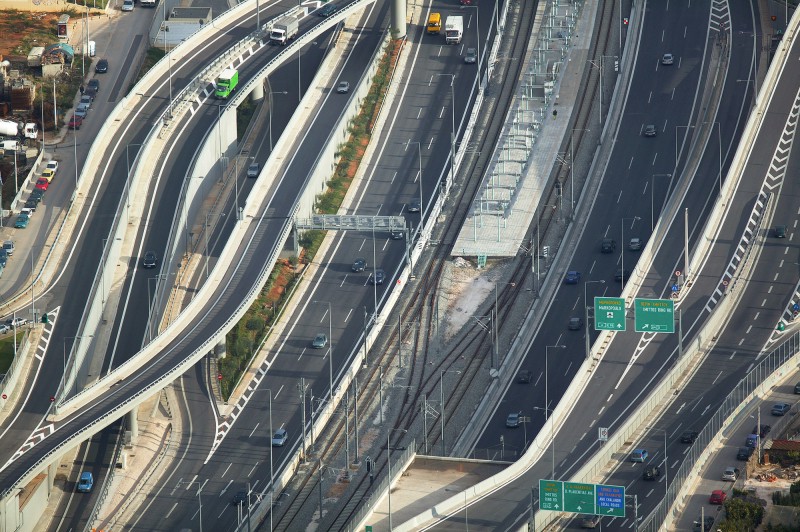 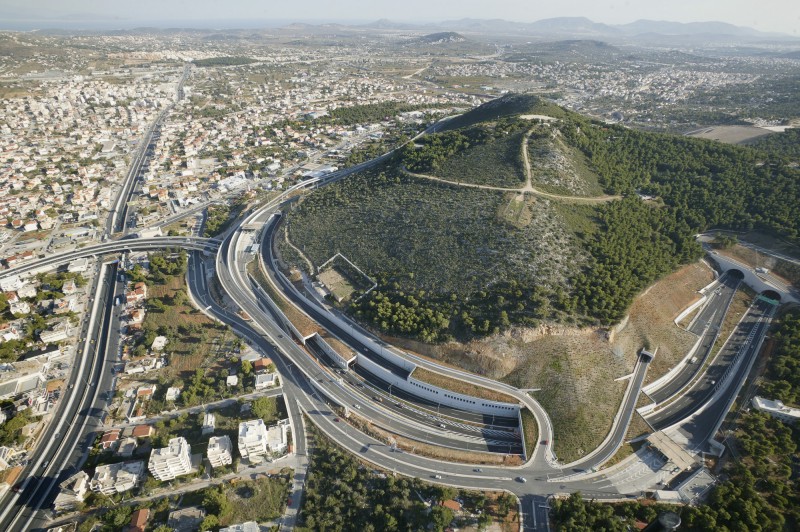 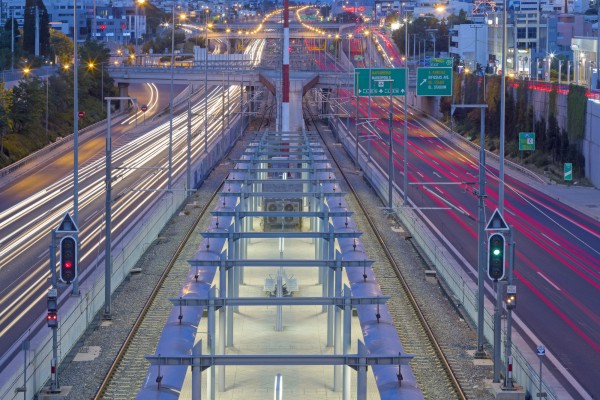 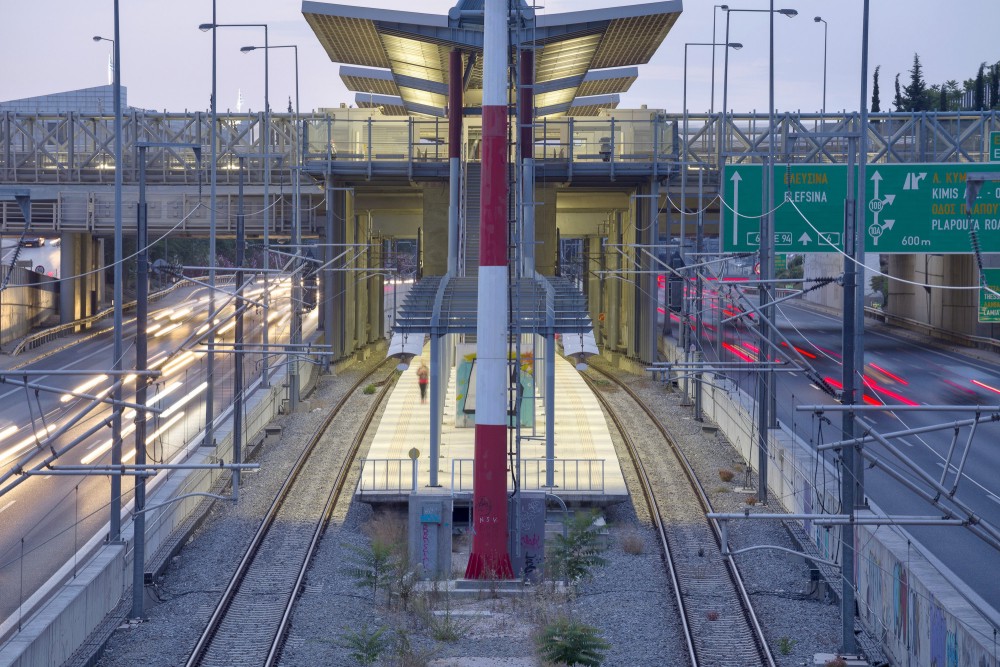